This is the original (slightly Photoshopped) cartoon referred to in the note to American Lights.

A Gendarme Boiling Milk in His Hat

From way back in 1971. The pastime was to listen to heady music and draw. I'm not just talking about pencils. 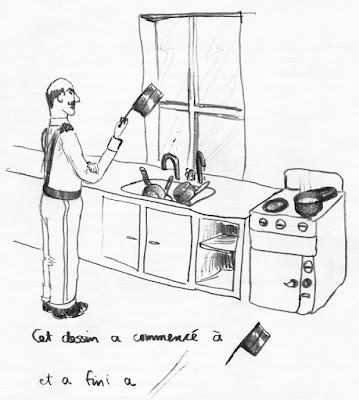 It's one of those 'it started with A and finished with Z' exercises. It spawned a later cartoon (nearly 20 years!) which was published in Dundee Street Life in 1988. It's called L'eau et l'eau. The style had firmed up by then. I mean, it had to, really.