I have sat and grown fat for a lifetime
And couldn’t comprehend
The history of war.
But my veins were full of it.

Too many old men before me
Had shuffled into the twilight
Memories unshared,
Locked in private prisons
Too shameful to reveal.

Fathers’ and grandfathers’
Slow falling into the oblivion
Of too many world wars.
Their survival was a mystery to them.

Healed wounds fester in the skin, under it,
Or in the mind forever.

Duty does not exonerate how death was dealt
From a marked deck, fans of cards,
Winning or losing hands played out:
No rhyme, no reason, no game at all
But boyhood’s end
In a long walk across no-man’s land.

The dead could lie in astonished pieces
Cast adrift from life or expectation
Taken to the bosom of some God or Heaven
Or some imagined place of just reward.
To the living, scattered shapes with staring eyes
Looked back like victims, grim and full of accusation. 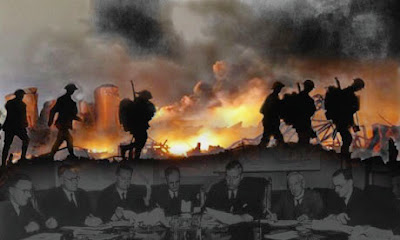 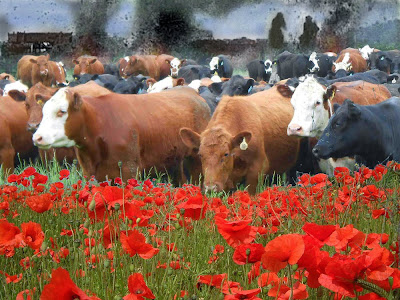 Prisoner in another land
Where the soul’s starvation was as bleak
As the body’s hunger.
Still you worked the land
As you had as a boy
Hardly more than that then,
A witness to battlefield
And the long march eastward
To other fields of wheat and pasture
To kye and horse like those you knew
In the parks of home.

So a pact was made
With yourself and the beasts
With the father and mother of the enemy.
Perhaps because you were kind,
Decent in your way,
Coexistence was easier to bear than anger.

What point to carry warfare in the heart?
Or spoil what ease you found
With bitterness and bile.

A little language, some of your own
And some from your captors’ lips,
Spoke of something else.

Somewhere far away, east of here,
Poland maybe or Germany
Something better,
Something human carried you.

You laboured and you wrought
Far from the struggle.
You faced, in that green prison
And your gaolers’ eyes,
What walls there were;
Came through in the end,
Reconciled;
Came home in the end
And spoke well enough of them.

© BH 2014
One for the old man. Lots of WW1 stuff around but I thought of him and his time in WW2. I thought of the silence they all brought back, all those men who went out with derring-do and found hell. Then they had to endure it and find a way back to some sort of peace. Silence, I think, was the only cure.

BTW. This is one of a sequence, For the Falling - Silence, Duty, Brave, POW. They're all here. Because they have to be. 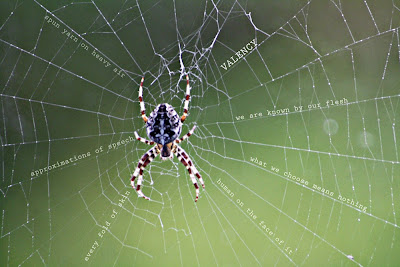 I say a single word.

Speaking connects
Me to you,
The word, to us. 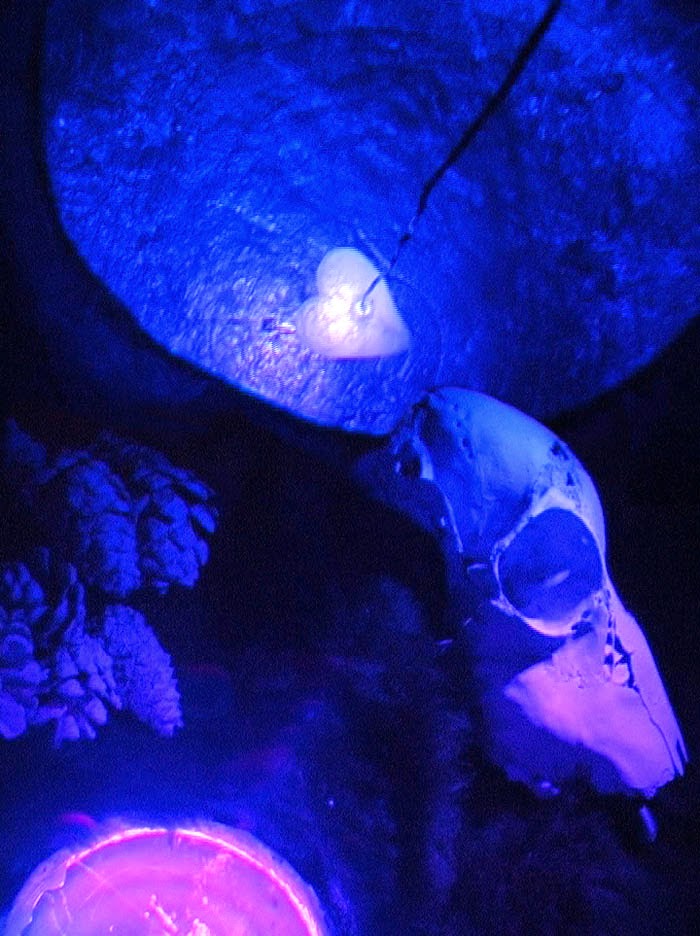 Blue light shifted
Out of sight
Until only echoed brightness
In our eyes
Saturated everything.

Dance-black
In a memory from
Time immemorial
From misplaced youth
Only dreams are now
Remembered.

Lint-flecks like sudden stars
Pricked the dimness
While thunder rocked and rolled.
The detergent glare of whites,
Shirts and skirts,
Were shrouds of ghosts, shimmering.

Email ThisBlogThis!Share to TwitterShare to FacebookShare to Pinterest
Labels: lives 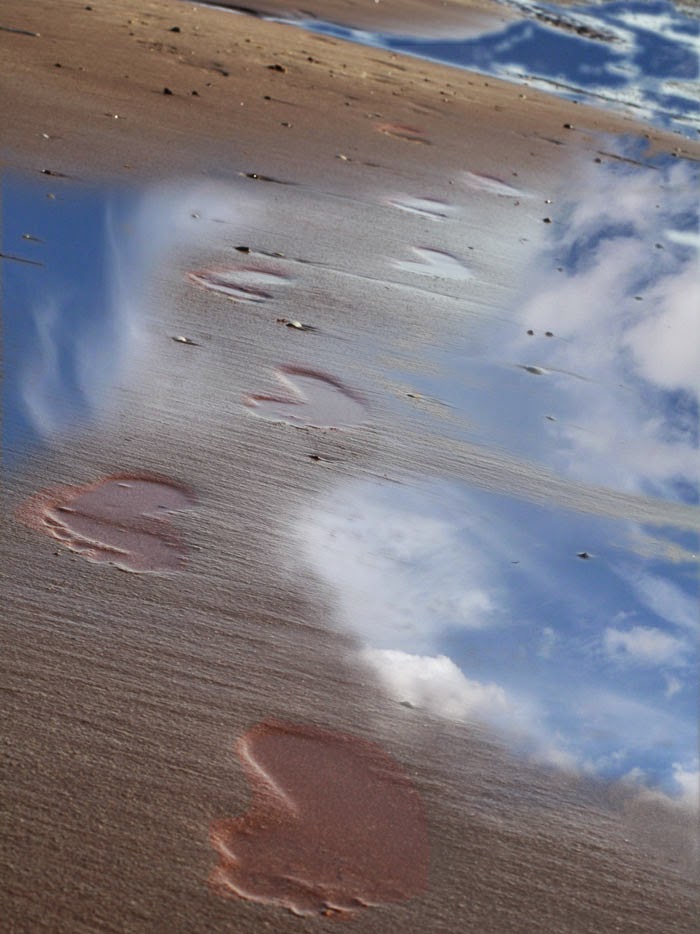 Our corrosive dreams,
Drops on the surface,
Burned our ambition
Into the earth.

Beneath our feet:
Chains of events.
Oscillations,
Change.

Our footprints remain.
The sea claims and solidifies them
Until they are fossilized
And we are the dead. 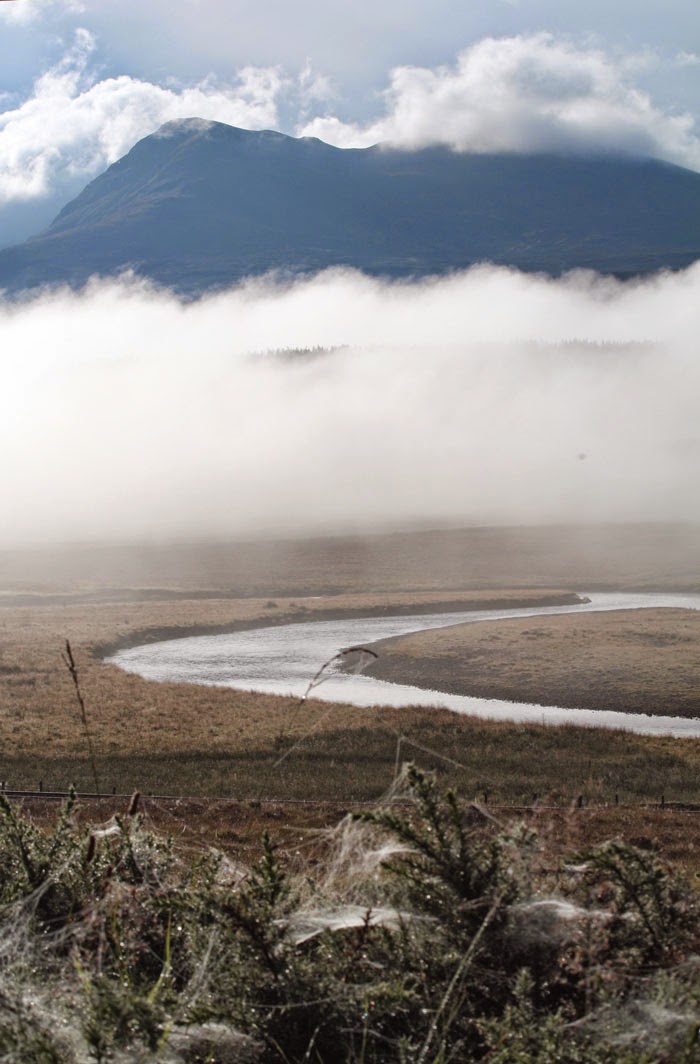 Cloud piles in before
The weather front
And every squall throws itself
In downpours on the upslope hills.