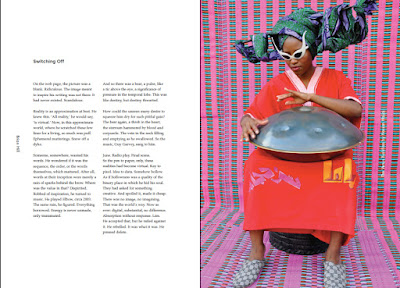 On the web page, the picture was a blank. Ridiculous. The image meant to inspire his writing was not there. It had never existed. Scandalous.


Reality is an approximation at best. He knew this. ‘All reality,’ he would say, ‘is virtual.’ Now, in this approximate world, where he scratched these few lines for a living, so much was puff. Ephemeral mutterings. Snow off a dyke.

Someone, somewhere, wanted his words. He wondered if it was the sequence, the order, or the words themselves, which mattered. After all, words at their inception were merely a rain of sparks behind the brow. Where was the value in that?

Dispirited. Robbed of inspiration, he turned to music. He played Elbow, circa 2003.

The same rain, he figured. Everything borrowed. Energy is never unmade, only transmuted.

And so there was a beat, a pulse, like a tic above the eye, a significance of pressure in the temporal lobe. This was like destiny, but destiny thwarted. How could the unseen many desire to squeeze him dry for such pitiful gain? The beat again, a throb in the heart, the sternum hammered by blood and corpuscle. The vein in the neck filling and emptying as he swallowed.

So the music, Guy Garvey, sang to him. June. Radio play. Final scene.

So the pen to paper, only, these realities had become virtual. Key to pixel. Idea to data. Somehow hollow. As if hollowness was a quality of the binary place in which he hid his soul.

They had asked for something creative. And spoiled it, made it cheap. There was no image, no imagining. That was the world’s way. Now as ever: digital, substantial, no difference. Absorption without response. Lies. He accepted that, but he railed against it. He rebelled. It was what it was. He pressed delete.

© BH 2012
Supposedly 300 words for an online writing competition. Written in response to a published image. But there was none. There you go… I was inspired by the absence to write anyway. I even submitted it. No chance of winning, but who cares? It's the thought that counts. When I revised it, it's one word over. Nothing is perfect.

I sent it to Love Is The Law magazine and it was published in Issue#3 'Reverie' in January 2013. The illustration here is the spread from the magazine.